William and Mary marquetry longcase clock by Crucifex of London.


A fine William and Mary walnut and marquetry eight day longcase clock by Robert Crucifex of London Circa 1695.The 11 inch square dial with cherub and foliate corner spandrels outside a silvered chapter ring, inside of which is a matted centre with subsidiary seconds ring and engraved calendar aperture.The dial is signed Crucifex ,London at the bottom of the ring.The hood ,originally rising but converted some time ago to forward sliding,has barley twist pillars and inlaid marquetry around the frame.The long door has panels finely inlaid with birds and flowers and an oval lenticle,the base having a similar panel and stepped plinth.

Robert Crucifex was a Huguenot whose family came from Dieppe to London in 1686,they settled in Spitalfields  and he entered the Clockmakers Company as a Brother in 1689-see a good history of the Crucifex family in Brian Loomes "The Early Clockmakers of Great Britain".

The clock is in fine original condition,the case has lovely veneered sides and great quality marquetry,the only restoration being to the plinth which at some time has had some of the veneer replaced. 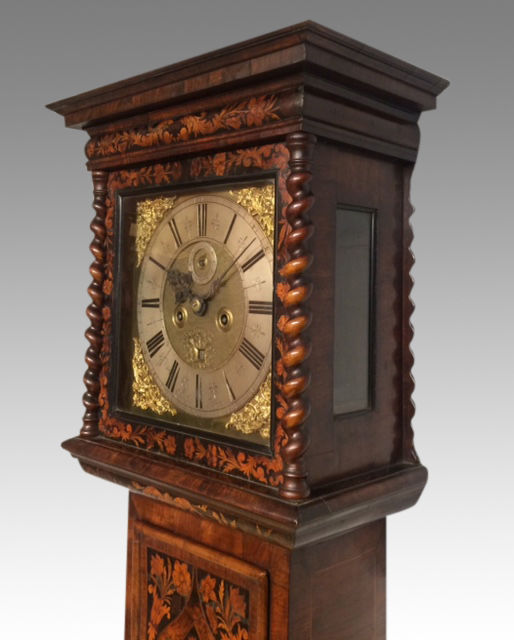 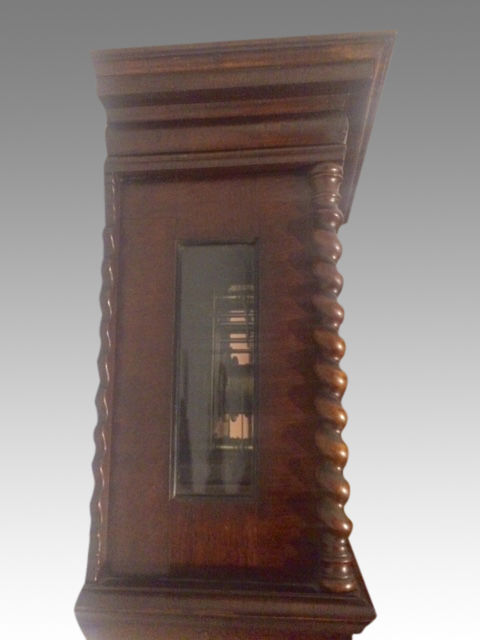 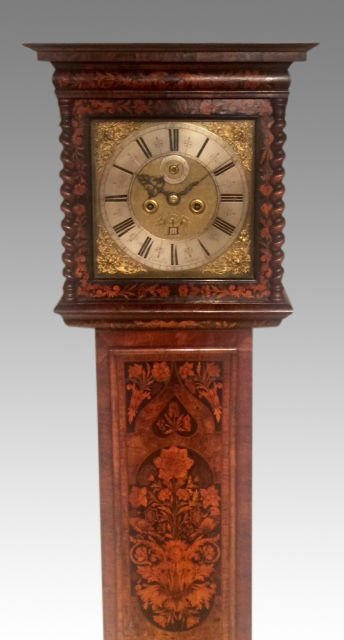 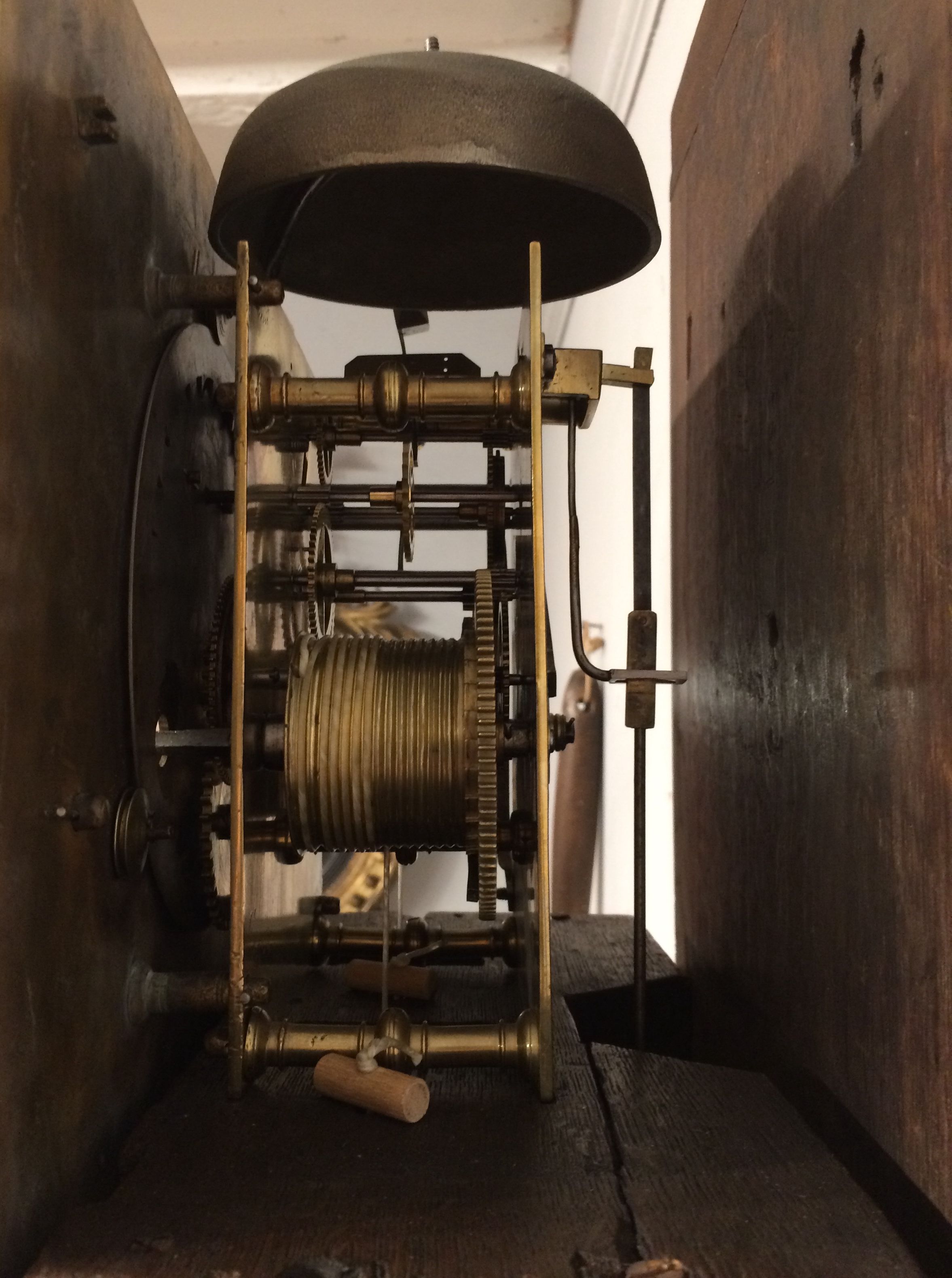 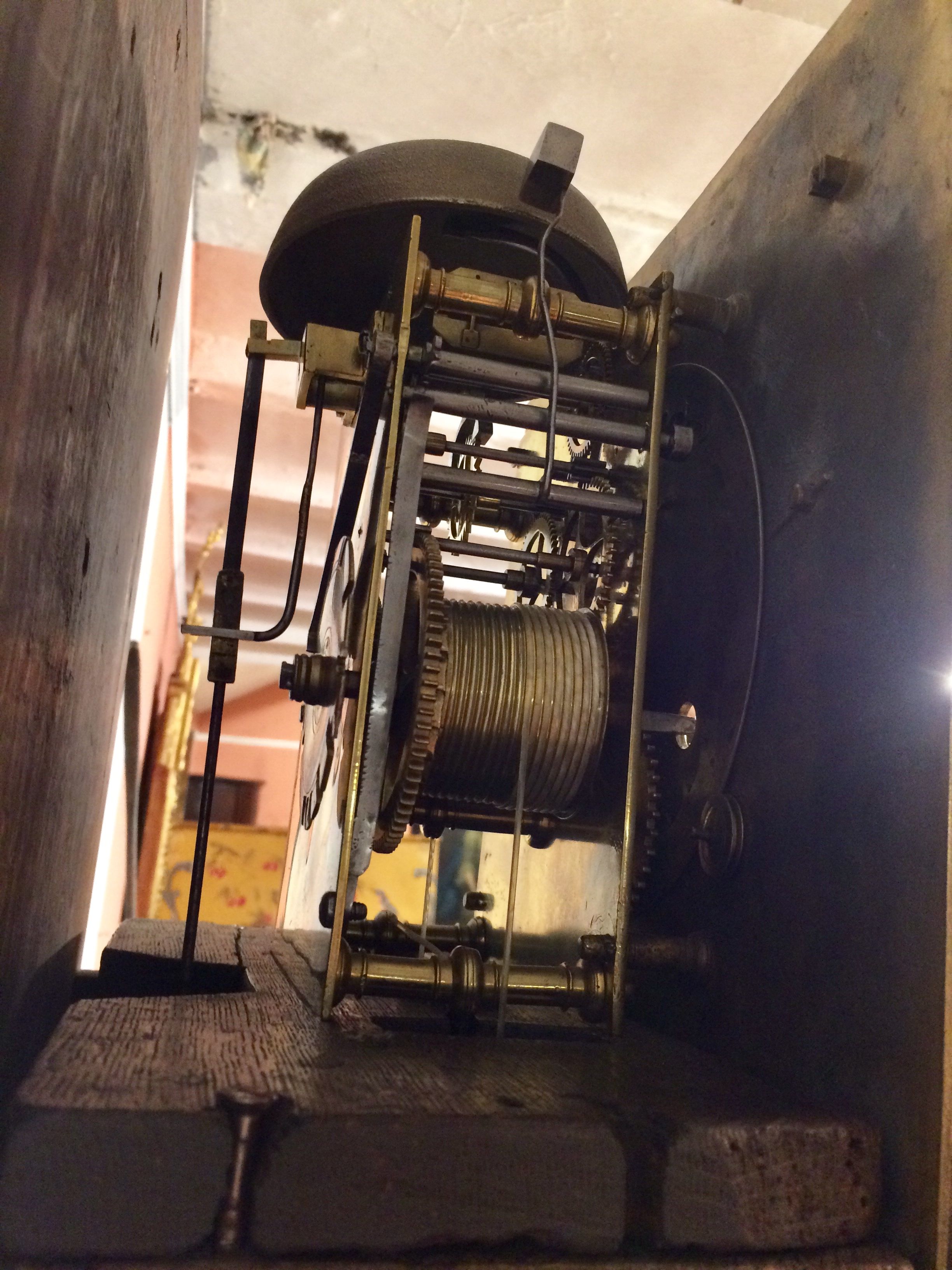 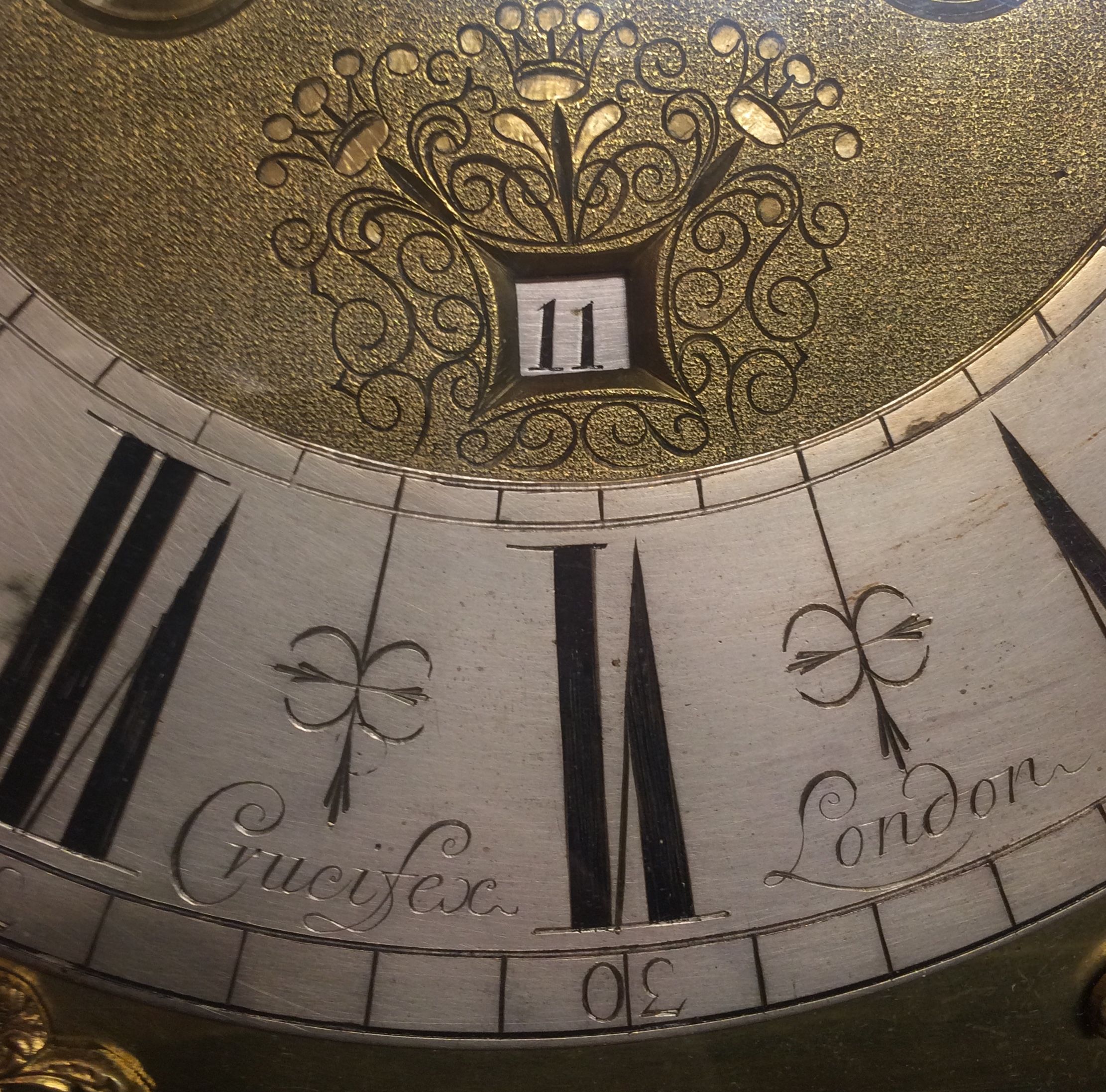 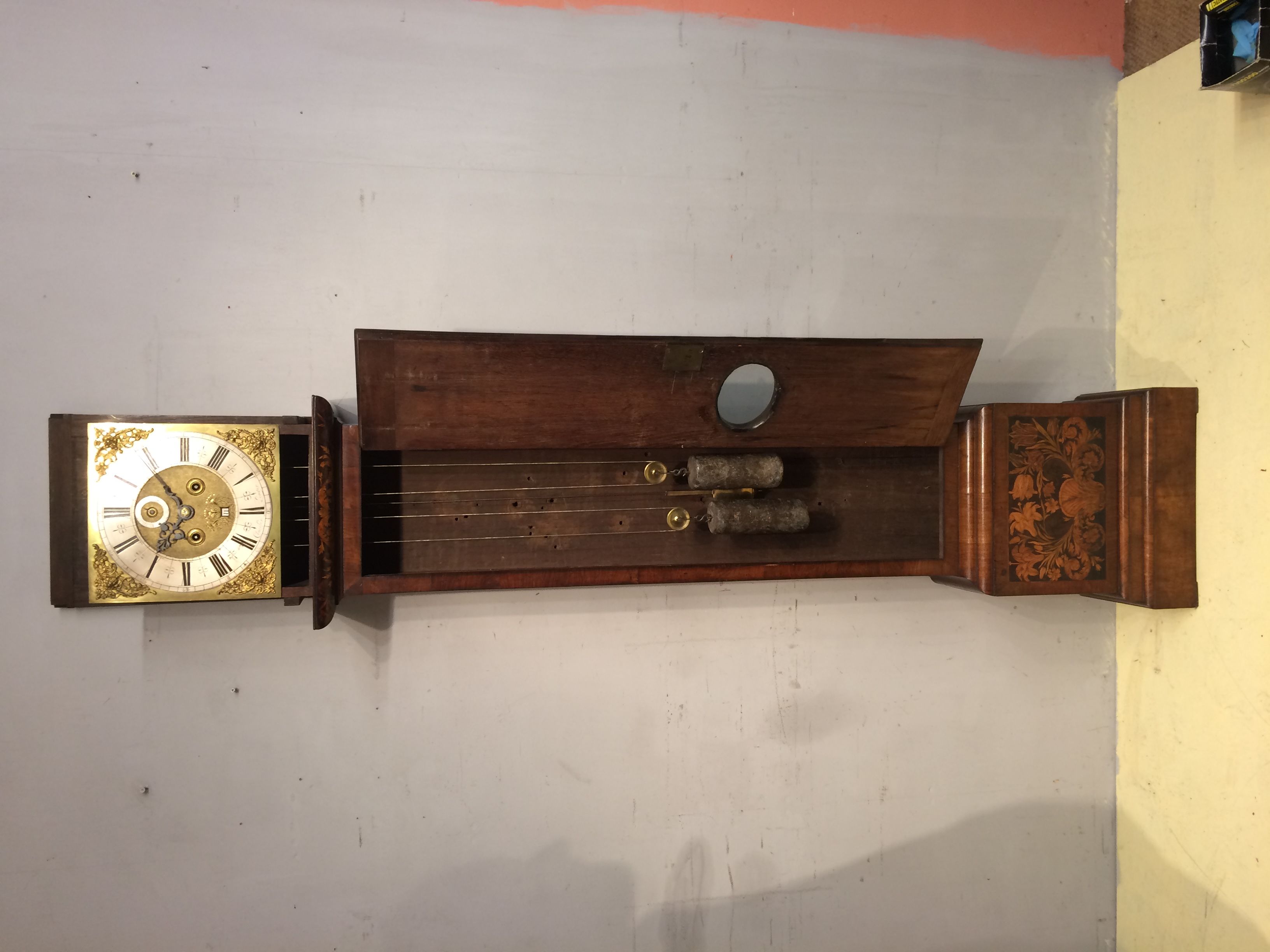 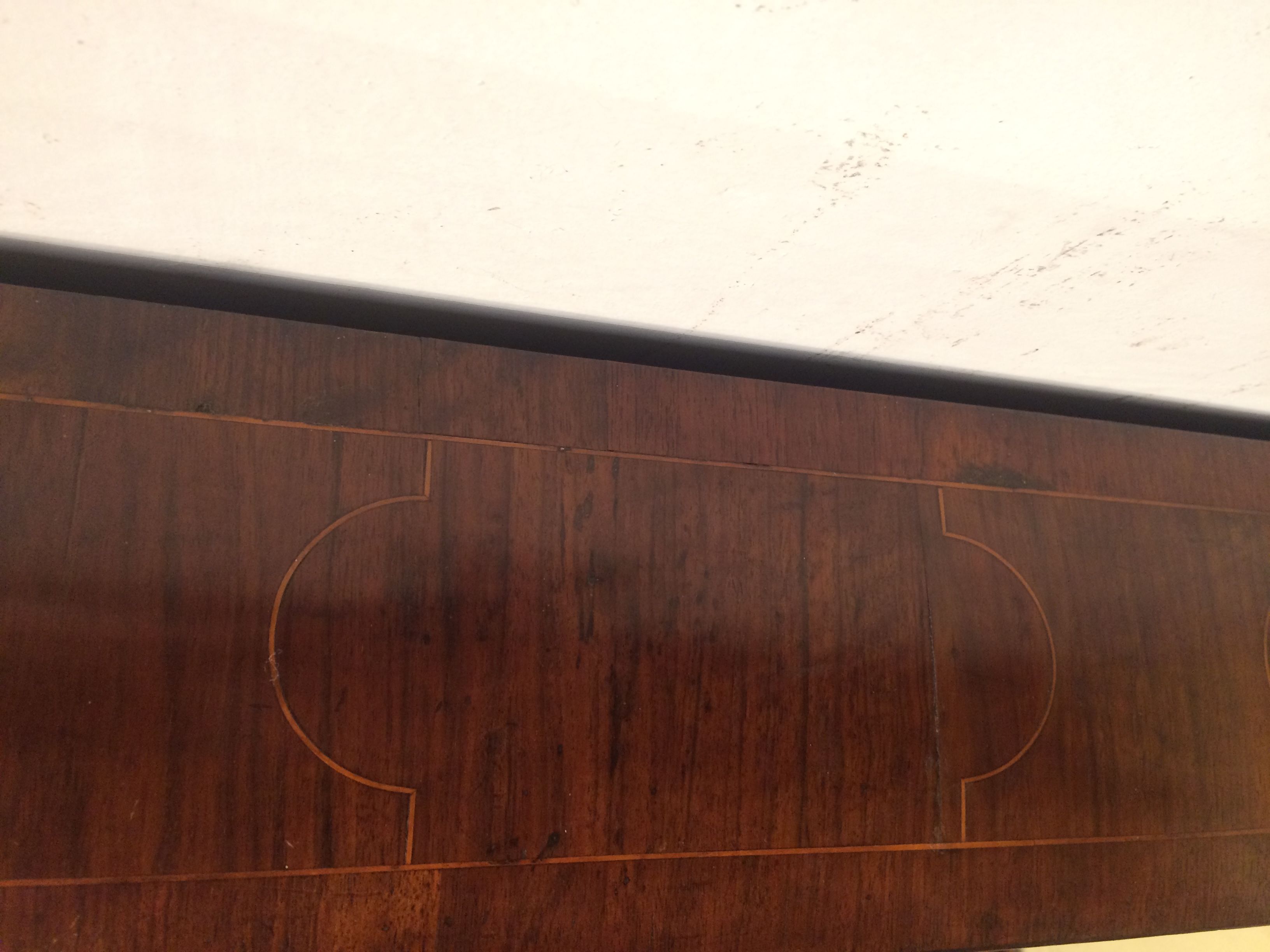 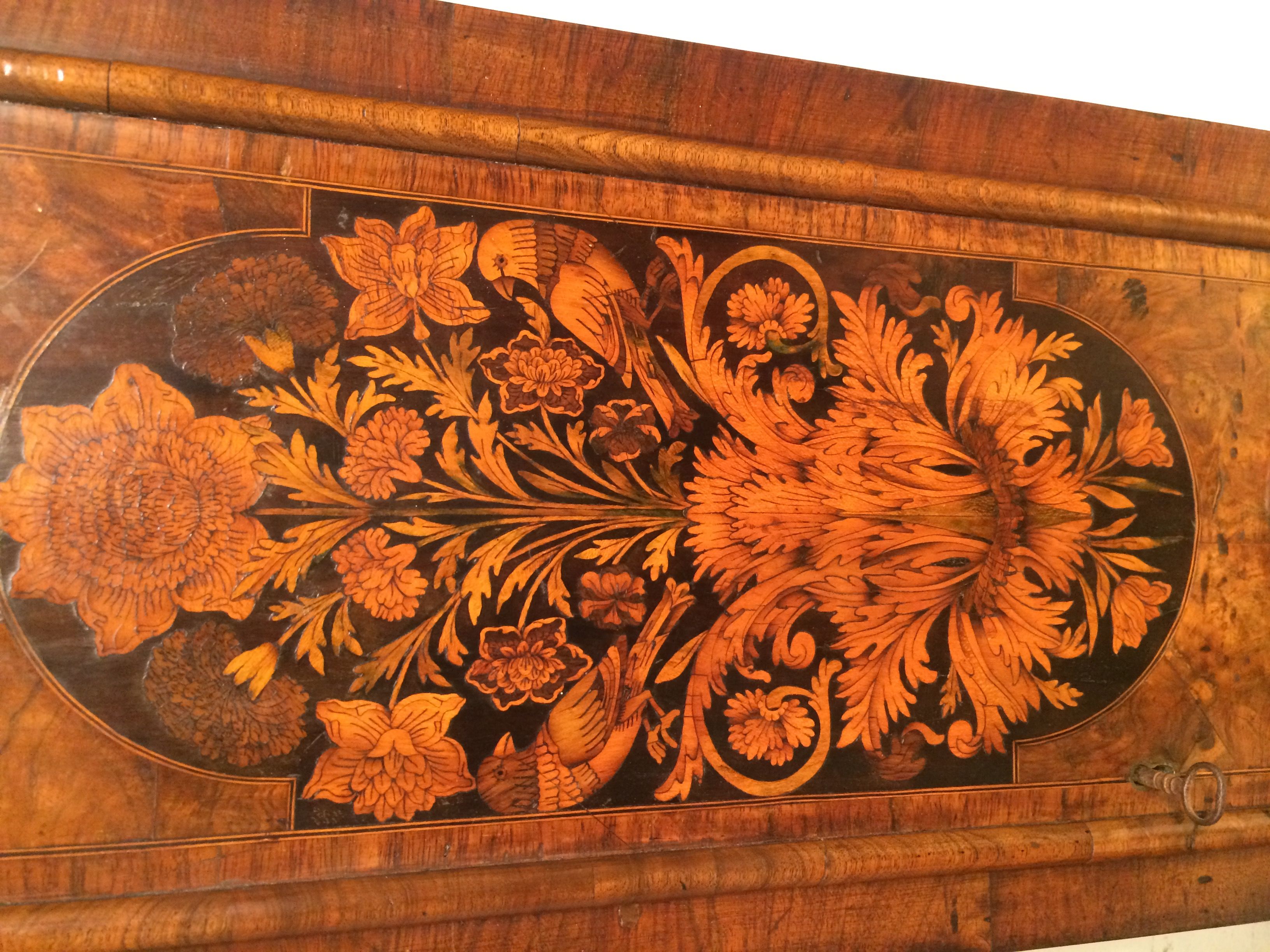 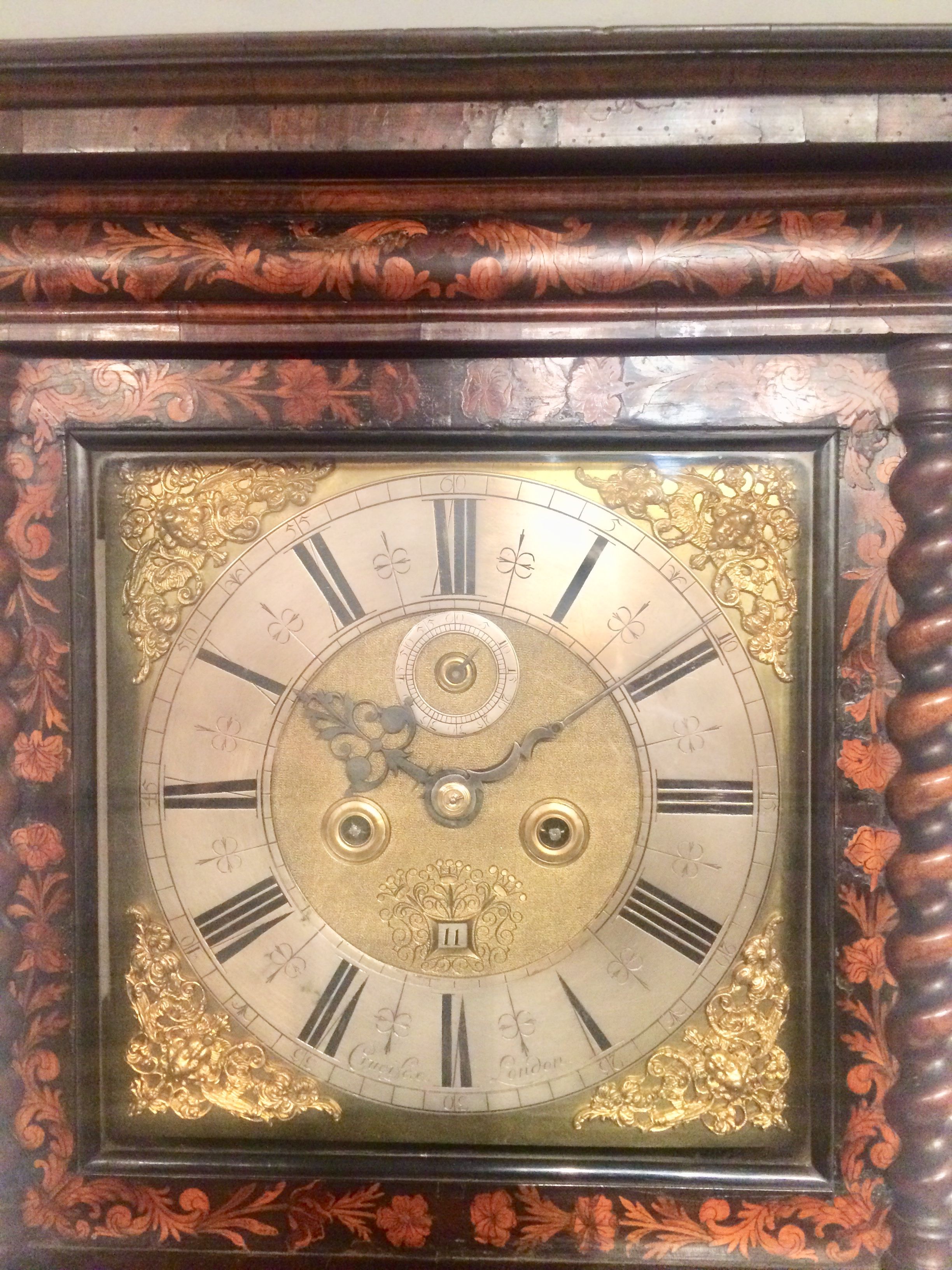